A Wild River and the Wild West

Posted on November 19, 2016 by carryoncouple.com

The Klamath River flows 263 miles, from Oregon into California, before emptying into the Pacific Ocean. Early in the 20th century, construction began on a series of dams along the river. Today, those dams have become a source of major controversy, primarily because they block historical salmon spawning grounds, and are facing removal.

Taking advantage of a break in our gloomy weather, we packed a picnic lunch and headed south into California, where we drove up the Klamath River to explore the Iron Gate Reservoir, a lake created by the lowermost of the above mentioned dams. 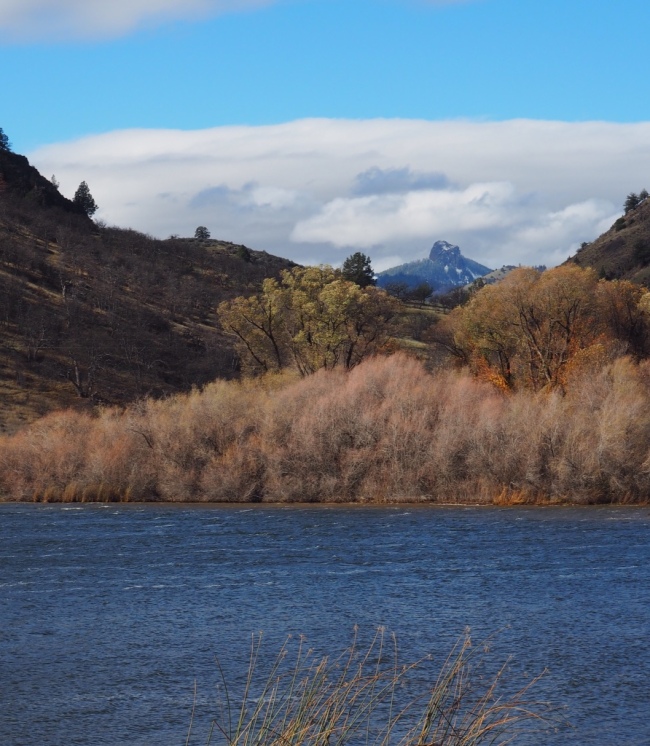 We were surprised to see Pilot Rock, a Southern Oregon landmark, rising in the distance from the bank of Iron Gate Reservoir.

We had the road mostly to ourselves with the exception of an occasional car or truck. 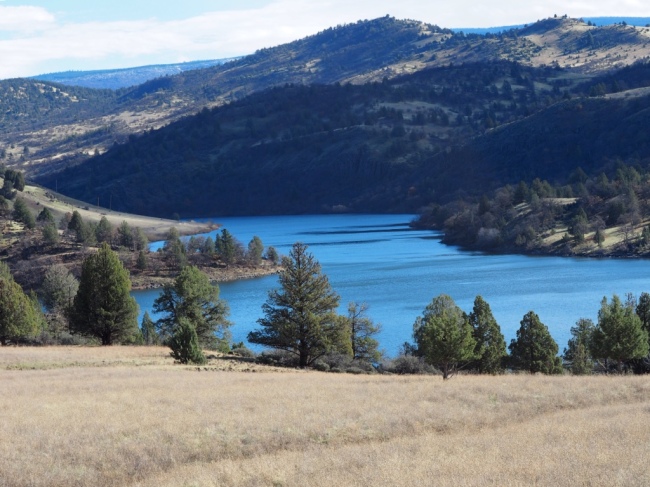 Not quite ready to return home, we backtracked along the reservoir and Klamath River until we came upon the turnoff to the California town of Montague. In hopes of finding afternoon coffee and a piece of pie, we were pleasantly surprised to discover a cute little town, big on historical charm.

The town of Montague was founded in 1887

Bits of the old west are seen everywhere. 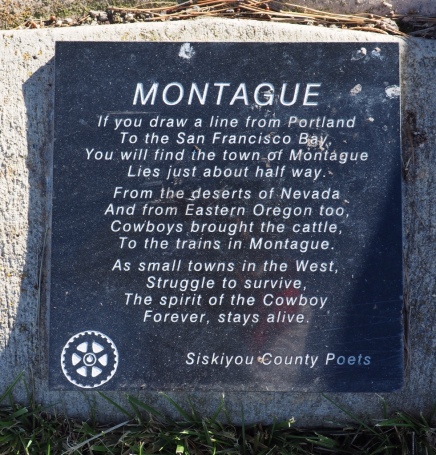 This short poem expresses the spirit of Montague.

A downtown sculpture celebrates Cowboys of yesterday and today. 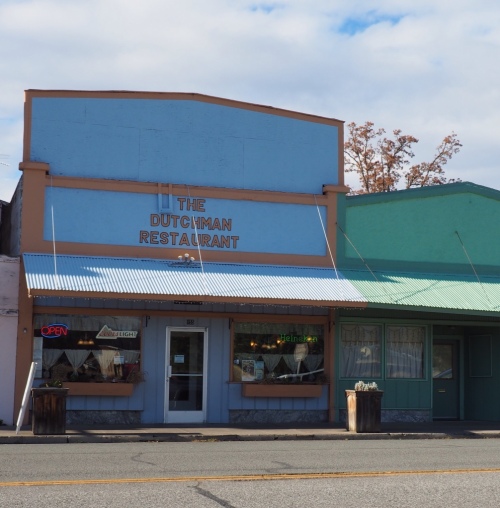 At The Dutchman Cafe a fresh pot of coffee filled our cups...

Posted on November 22, 2015 by carryoncouple.com

A crisp, clear day welcomed our group to a trek along the Pacific Crest Trail southeast of Ashland. 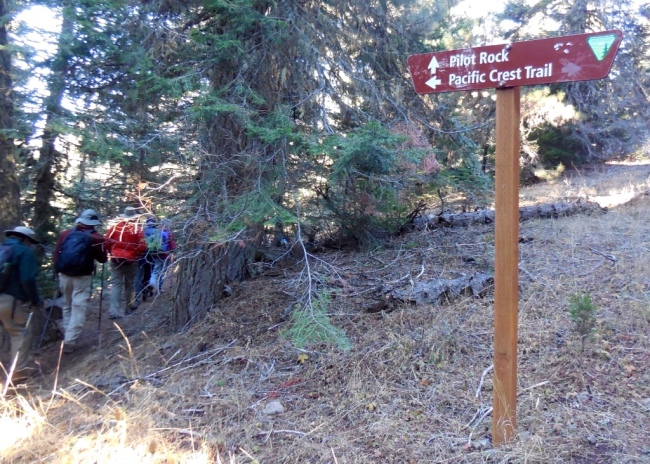 We were tempted to just keep going, but none of us had brought our sleeping bags!