Posted on October 10, 2012 by carryoncouple.com

On a trip to China a few years ago, we gave our sons money to bargain with street vendors for souvenirs. The buying turned into a competition to get the lowest prices. I thought it was a great deal when I got a Chinese army winter hat for 5 dollars. The boys laughed that Dad was a fool to pay that much. It was all in good fun, but the kids also got the last laugh. 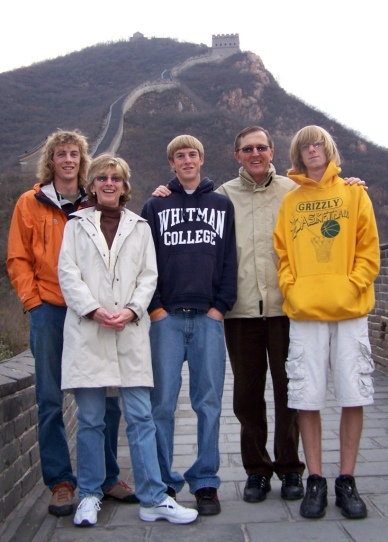 I sampled some Chinese liquor one day and bought a few bottles to bring home. Back at the hotel, I put them in a backpack and we continued on our tour. When going through security at the Shanghai airport for our trip home, the officer at the x-ray machine shouted a few words in Chinese while pointing at my pack. I had forgotten about the bottles and had a choice: go back and put them in my checked bag, or leave them behind. Let's just say that some Chinese airport officers had a party at my expense.

But, as we found out just recently, one of our three teen-aged sons had even more fun. He had used the money we gave him to buy his own sampling of Chinese liquor. But, he had the smarts to put it in his checked luggage and the booze made it back without a hitch. I am sure he and his friends enjoyed every last drop.

On the same trip, another son almost learned a major travel lesson the hard way: never put your passport in your checked luggage. He had done just that. Our travel guide was able to find the bag at the last minute so he could board the flight. He now wears his passport in a case around his neck.