To enjoy an all-American slice of life, what could be better than a good old fashioned parade? Well…maybe apple pie, but I'm sure Ashland offered a slice of that today too. The annual July 4th celebration kicked off at 10:15 this morning with a parade marching down East Main Street and into the heart of the city. We were told up to 14,000 out-of-town visitors were expected to attend the festivities today. 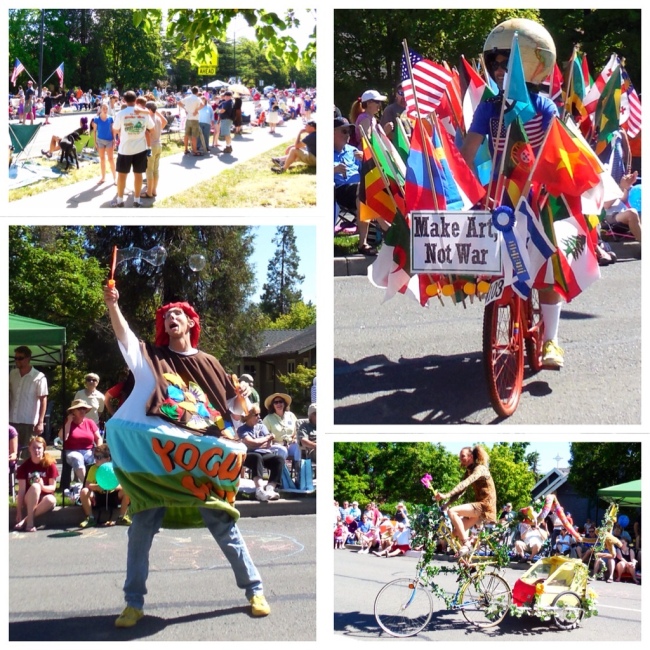 Crowds lined the street of the mile+ parade route. Some participants had something to say, while others simply tapped into their inner-child.

Locals started planning yesterday when blankets and tape began to appear on the downtown sidewalks. We'd been warned that if we wanted a curbside seat, we'd need to mark our territory. Maybe next year…today, we found a spot in the shade and stood with all the other latecomers.

The parade was a mixture of traditional and contemporary, young and old, silly and serious...and a good time was had by all!

The Ashland City Band set the mood with a selection of patriotic marches. We learned that their oldest member (a tuba player) is 97 years old. Unfortunately, he had to give up marching four years ago, but he still plays at the weekly Thursday night concerts in Lithia Park.