Posted on October 22, 2016 by carryoncouple.com

Radar Station 71 is preserved as a National Historic site.

The buildings are perched on a cliff above the Pacific Ocean. 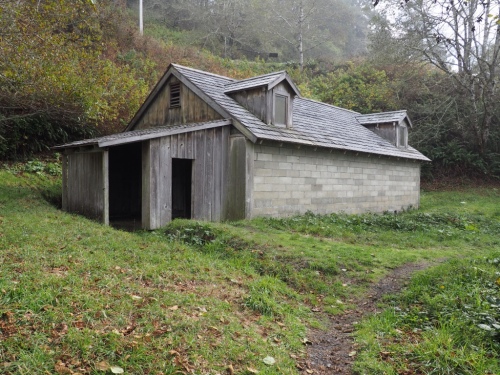 Fake dormers were added to make the buildings look like farm structures.

A narrow, one-way dirt road near the mouth of the Klamath River in California's Del Norte County led us to an important World War II site today, perched above the Pacific Ocean.

Radar Station 71 is the last preserved coastal outpost that was part of a string of such defensive sites. Fifty-caliber anti-aircraft guns stood guard. American military watched, ready to summon help from San Francisco if a Japanese attack was imminent.

We couldn't help but imagine what it was like at this outpost more than 70 years ago when our nation's security depended on the people at this place.