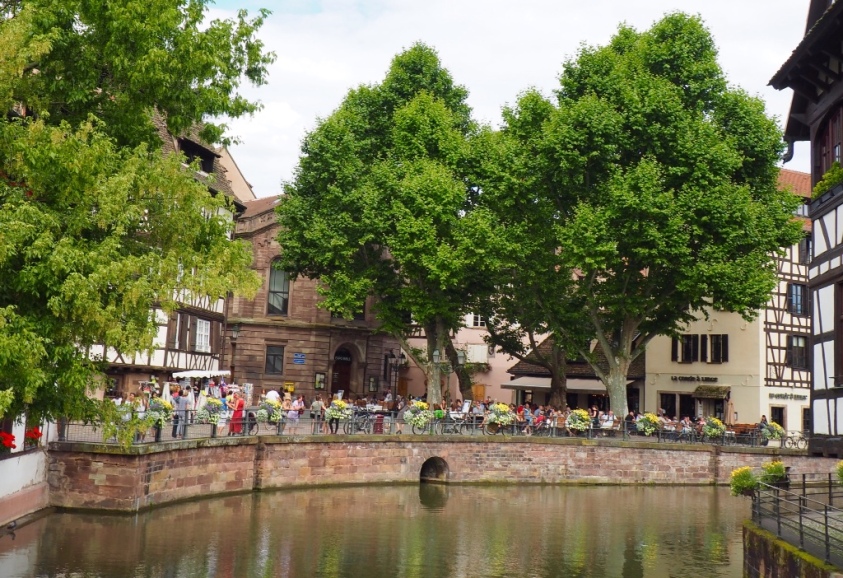 This spot next to a canal is on our list for a happy hour some evening. 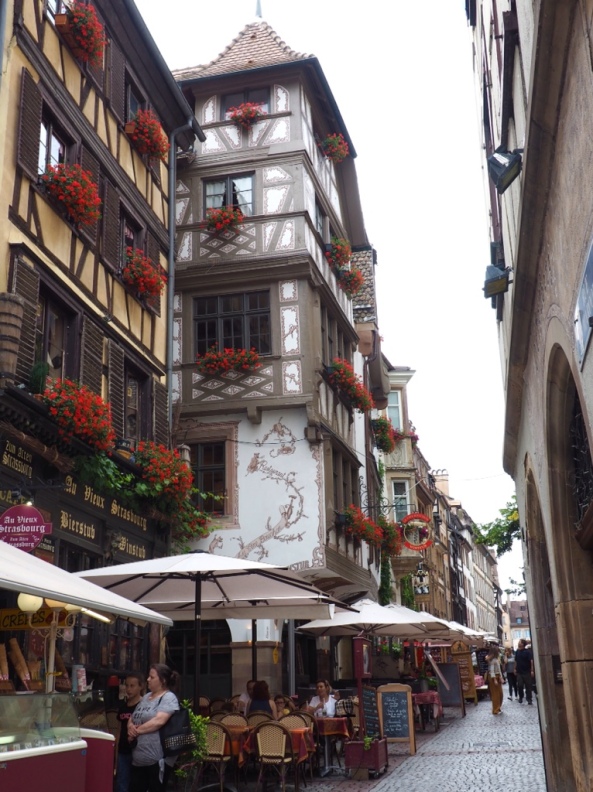 Flowers compete with food for your sensory attention.

Strasbourg, France greeted us Monday as we arrived via fast train from Paris. A city of about 370,000, it has been under French and German rule, including four years of Nazi occupation, 1940-1944.

It has France's second-highest university student population and, after two days of exploring, we conclude that it must be one of Europe's premier tourist destinations. Many come on Rhine River cruise tours.

It is also home to the European Union Parliament.

We resisted the mini-train with an audio guide in eight languages, but got a Strasbourg pass for 19€ that includes a canal boat tour.

The old central city, a World Heritage site, has a bit of a Venice, Italy feel. Narrow, winding alleys and streets.

It is a walkable city, but if your feet get tired, there is a modern electric tram system that crisscrosses Strasbourg and is popular among locals and tourists. It took us a while to figure out the ticketing system, but once we did, other tourists sought us out for help. Be sure to get your ticket validated in the machines at all stops.

Tour boats go through locks as they negotiate the canals.

Towers once linked covered bridges in the Petite-France neighborhood in Strasbourg.

Cobblestone streets are free of traffic most of the day in the central city.

One thought on “Strasbourg: World Heritage site is welcoming”