The Way of St. Francis: Reflections from our journey 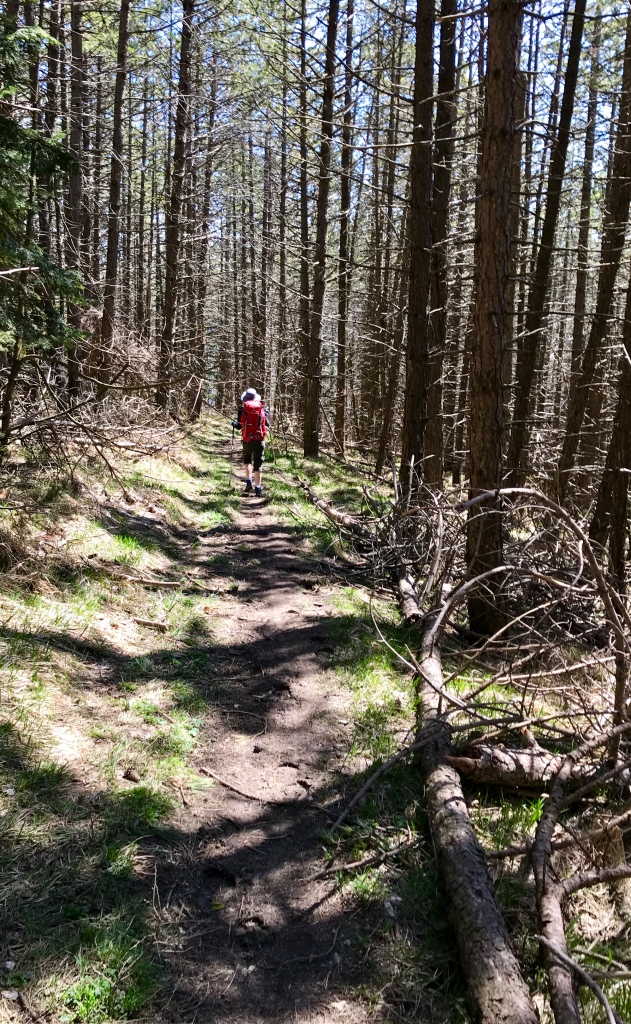 We were rewarded with our testimonium Friday at the Vatican. Our bodies are happy we reached the end of the Way of St. Francis. Our minds are swirling as we reflect.

Toughest trek yet: What made it more difficult than Spain’s Camino de Santiago, Scotland’s West Highland Way, and the Alps’ Tour du Mont Blanc? We loved the Camino, but it is a stroll in the park comparatively. The Camino is longer, but the surfaces here test shoes and your body much more. And the climbing and descending are relentless and treacherous at times. There are rarely nice bars for a break. Mont Blanc had more elevation per day, but it was “only” 110 miles, and we didn’t carry everything on our backs in the Alps.

Best trek? For us, it is almost like saying which son we love most. We hold all four treks close to our hearts. They all have special qualities and memories. 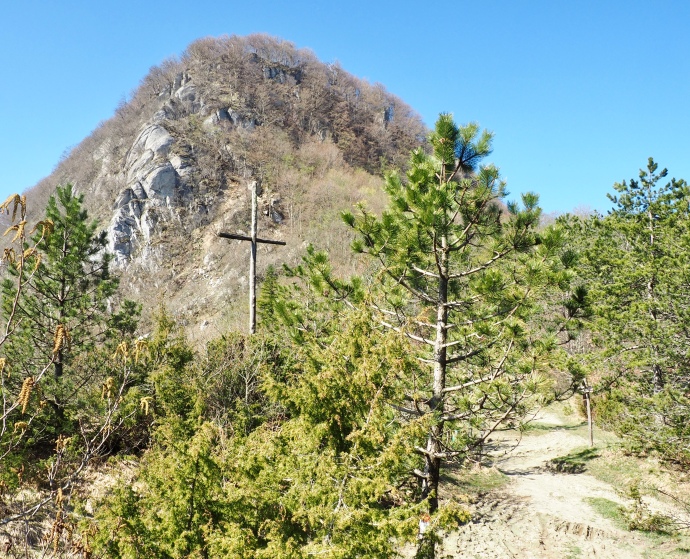 Camaraderie: We saw fewer fellow St. Francis trekkers in 23 days than we saw in just one typical morning in Spain. On many days in Italy, we saw no fellow trekkers. We befriended a few fellow “pilgrims” now and then, but just for a day or two.

La Verna to Rome: Of the trekkers we talked to, all were walking a shorter section of the Way of St. Francis than La Verna to Rome, which we walked. Some were doing a few days, intending to return another year. We met more people going to Assisi, Francis’ home, than to Rome. Francis walked to Rome to get the pope’s blessing for his work.

Who does this trek? From our small sample, most were much younger than us. Two were Canadian, the rest Europeans. No Americans. This trek attracts people who enjoy solitude. 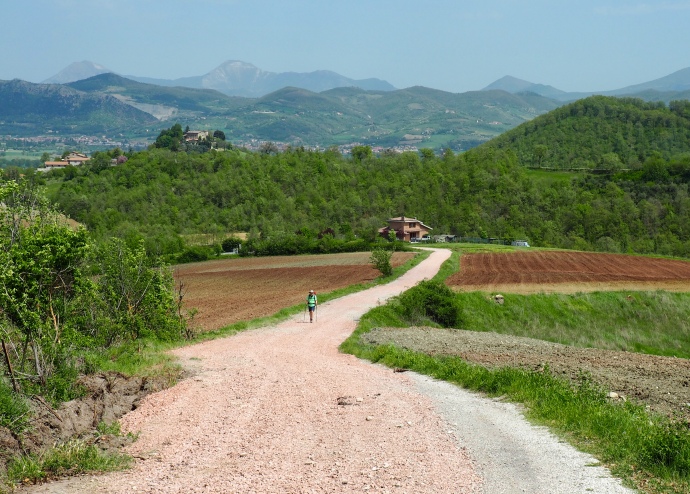 English? Most trekkers knew some English. The storekeepers and bar and restaurant servers, not so much. Many of our lodging hosts also did not speak English. Most were gracious in helping us with our limited Italian. Pantomimes helped. Lots of smiles and laughs as we all struggled to communicate.

Italian people: In village after village, bar after bar, hotel after hotel, people wanted to help us. A small crowd came to our rescue when we had trouble getting in the front door at a B&B. A young woman in a bar dropped everything to make us an early dinner of fresh pizzas. 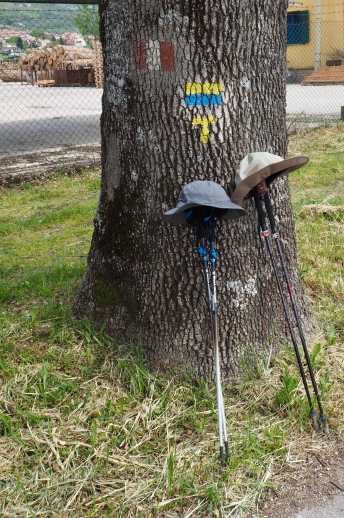 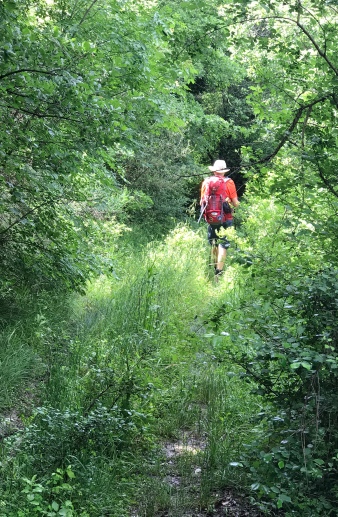 So many proprietors went out of their way to make sure we were comfortable. Several times, we had trouble contacting our accommodation host when we arrived. Each time, local people volunteered to track them down for us. And they go about life with such passion!

Pilgrimage: This trek is designed to follow St. Francis’ steps to Rome. There are many churches and other sites where pilgrims can honor his memory and work.

The next Camino? The Way of St. Francis is gradually becoming better known, but I can’t see it attracting big crowds. Most people probably don’t want to work so hard and there are other trails that are better designed for leisure trekking. Accommodations are not as plentiful and are far more spread out than some treks, especially the Camino de Santiago. The Italian path is rough and at times disappears. Too much asphalt for many folks. But, I can see parts of it, such as Gubbio to Assisi, becoming more popular. 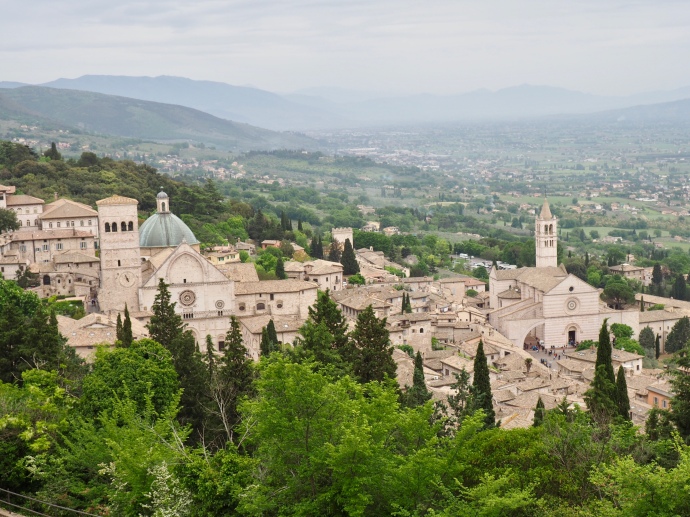 Finding the way: We could not have done this trek without the help of Sandy Brown, author of the Cicerone guidebook and Facebook forum. He answered Sue’s questions while we were on the trek. He gave directions to downloading maps, which were critical to finding our way using GPS and Galileo Pro. We are so grateful for Sandy’s help!

Expensive? This trek does not offer as many opportunities to get by on the cheap, like the Camino de Santiago does. There are some monasteries, convents and hostels that offer inexpensive lodging, though. Pilgrims usually need to phone ahead at such places to arrange arrival time. We stayed in B&Bs, hotels, and one agriturisimo. Nothing fancy, but all had private baths and were clean. Many were in small villages and a few were in a building far from town. We paid from 50 to 90 euro a night, and almost all included continental breakfast. Rome is the exception…we opted for location and a bit of luxury, so we are paying more.

Explorers? At times, the trail was so remote and without fellow trekkers that we felt like explorers. The mountains of Umbria are higher and more rugged than we expected.

Greetings by locals: In Spain, many people greeted us as we passed. The Camino is the economic life for their communities and has such history and tradition. The Way of St. Francis lacks that sense of community, but when we greeted locals, they almost always returned our outreach. Some drivers honked and waved. A few seemed to honk to tell us to get off the road. One truck driver swerved and stopped to block a loose dog that was barking at us. He yelled at the dog to leave the pellegrinos alone.

Booking.com: We used the website for most of our rooms and we learned to start with “booking.com” when we arrived.

Weather: The sun followed us the first two weeks, making some afternoons uncomfortably warm. Rain and thunderstorms threatened the rest of the way. Thankfully, we got stronger and faster, allowing us to beat torrential afternoon thunder and lightening storms. We walked in rain several times. Spring flowers were abundant almost the entire way. I would not attempt this walk during Italy’s hot summer.

Distances: It is incredible how far our feet took us. We would turn around after walking a few miles from the village where we stayed and it appeared so far away. It doesn’t work at the end of a long day, though. The town on the hilltop looks so close, but it takes forever to reach it. By then we were exhausted and so ready for a hot shower. 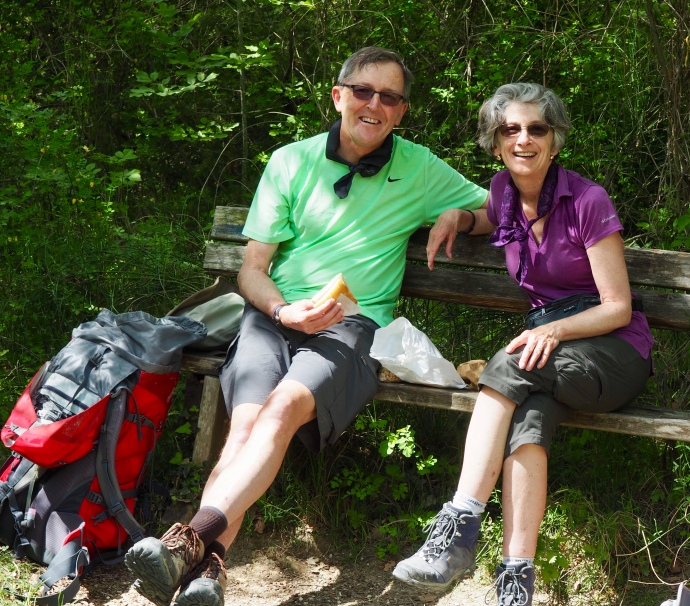 The way to travel: For us, trekking is the best way to see a country and get to know its culture. We see villages and experience views we could only get by walking. It slows down and simplifies life. It is empowering to get by with so little. We feel fortunate to be healthy enough to do treks.

In the end, was it worth it? The Way of St. Francis was so many things to us. It tested us like no other experience has. When we arrived at the Santiago Cathedral in Spain, I felt strong emotion. Thursday, I was happy to stand before St. Peter’s Basilica, but I had little deep reaction. Later, as we sat on a building ledge at the Vatican, I folded my trekking poles and tied them to my pack for the first time in a month. Out of nowhere, I was overcome. That’s why I walk.

12 thoughts on “The Way of St. Francis: Reflections from our journey”